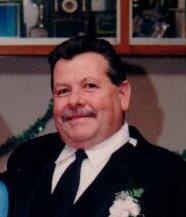 Jose Medeiros 66 of New Bedford passed away Sunday July 29, 2018 at Brandon Woods of New Bedford. He was the son of the late Francisco and Isaura (Mendonca) Medeiros. He was born in St. Michael, Azores and had lived in New Bedford for many years. Jose was a communicant of Our Lady of the Immaculate Conception Church. He was formerly employed at Codman & Shurtleff. Survivors include his children, Elizabeth Coimbra and her husband Octavio of New Bedford, Joe DeMedeiros and his partner Derek White of Boston, James Medeiros and his fiance' Stacy Mello of Fairhaven, his sister Connie Furtado of New Bedford and his grandchildren, Olivia Coimbra, Nadia Coimbra, Julia Medeiros and Mila Medeiros, also several nieces and nephews. He was the brother of the late Cosme Medeiros. In accordance with his wishes, he was cremated. His Mass of Christian burial will be held 10:30am Wednesday August 8, 2018 at Our Lady of the Immaculate Conception Church. Burial will be private.

To order memorial trees or send flowers to the family in memory of Jose Medeiros, please visit our flower store.