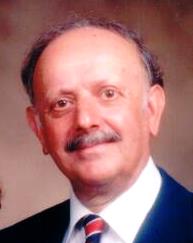 Jose Pontes 88 of New Bedford, Passed away March 20, 2017 at home. He was the husband of Olga (Mendonca) and the son of the late Antonio and Eliza (Pereira) Pontes Lira. Jose was born in New Bedford on April 19 & died a month before his 89th birthday. He was a communicant of Our Lady of Immaculate Conception Church. Jose was an original instrumental member of the Grupo Folclorico do Clube Madeirense S.S. Sacramento since 1979 & a member of the Santissimo Sacramento Club since 1950 and also belonged to the Sports Club Madeirense. He worked until his retirement as a Painter and wallpaper hanger who took great pride in his profession. Jose was a quiet but honest man who in his spare time enjoyed being with his grandchildren. He enjoyed gardening and was very knowledgeable. He grew many chestnut and fig trees. He loved his family dearly and especially enjoyed being a dedicated member of the Madeiran Folclorico Group.

Jose leaves behind his wife, Olga, of 63 years; his daughters Nancy Pontes and Gloria Pontes of New Bedford; Son, Joseph Pontes Jr of New Bedford; Grandchildren, Jason Joseph Pontes and Amanda Marie Pontes; Sisters, Hilda Almeida and Dolores Fiano; Brother, David Lira; and several nieces and nephews. He was Bother of the late; Mary Veloza, Eliza Ferro, and Antonio Pontes, a WWII veteran who died during the invasion of Normandy on D-day at 19 years old.

He will be dearly missed, His Funeral Mass will be held Friday, March 24th at Our Lady of the Immaculate Conception at 10:30am with burial to follow in Pine Grove Cemetery. Visitation will be Thursday from 5-8pm at the Boulevard Funeral Home, 223 Ashley Blvd.

To order memorial trees or send flowers to the family in memory of Jose Pontes, please visit our flower store.