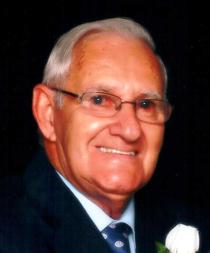 Joseph Sousa Jr. 82 of New Bedford passed away Tuesday April 1, 2014 at Brandon Woods New Bedford. He was the husband of Phyllis (Langevin) Sousa and the late Irene (St. Pierre) Sousa. He was also the son of the late Joseph Sousa and Mary Gloria (Feitor) Gadapee. He was born in Augusta, Maine and had lived in New Bedford for many years. He was formerly employed by Roberts Commercial Co. as a mason until his retirement. Mr. Sousa was a Korean War veteran, obtaining the rank of Sergeant. He received the Korean Service Medal with 4 bronze service stars and the United Nations Service Medal. He was a life member of the VFW and a member of the Bricklayers Union in Boston and Washington DC. He loved working in the outdoors, and playing with his favorite niece Makenna. Survivors include his wife; his sons Joseph Sousa III 0f South Carolina, Jeffery Sousa of New Bedford; his daughters Gayle Soares and her husband John of Dartmouth, Alison Miranda of New Bedford; his sisters Gloria Menard and her husband Robert, Patricia Gauthier and her husband Roland, Lucie Gibau and her husband Walter all of New Bedford; 8 grandchildren, several great-grandchildren and many nieces and nephews. He was the brother of the late Antone “Tony” Souza, Albert Gadapee Jr. and Rita Lecerte. A funeral service with his cremated remains present will be 7pm Thursday at the Boulevard Funeral Home. Private burial will be in the Veterans National Cemetery, Bourne. In lieu of flowers donations can be made to New England Hospice 190 Old Derby St. Suite 304 Hingham, MA 02043.

To order memorial trees or send flowers to the family in memory of Joseph Sousa Jr., please visit our flower store.