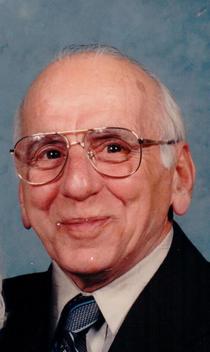 Joseph Alfred Valliere 92 of Carver, formerly of New Bedford, passed away Tuesday July 12, 2016 at the Beth Israel Deaconess Hospital in Plymouth. He was the husband of the late Yvonne (Landry) Valliere and son of the late Jeremiah and Cecilia (Landry) Valliere – Goguen. He was born in New Bedford and lived here until moving to Carver several years ago. He was a communicant of St. Joseph – St. Therese Church. Joseph was formerly employed by the school dept. of Fairhaven in the maintenance dept. until his retirement. He was a WW II U.S. Navy Veteran and also served in the Merchant Marines during the Korean War. He was a member of the Moose Lodge in Rome NY; he also enjoyed big band music and Laurel and Hardy movies. Survivors include his sons Gerard A. Valliere of Portsmouth RI, Ronald P. Valliere of Colorado Springs CO and Raymond L. Valliere of Carver; his daughter Diane Janet Valliere of Carver; 3 grandchildren, Christina Y. Valliere, Jeremiah J. Valliere and Monique M. deOliveira; also several nieces and nephews. He was the brother of the late Raymond J. Valliere, Armand J. Landry, Marie Cuddy and Rita Kuzman. His funeral mass will be said 9am Saturday at St. Joseph – St. Therese Church. Visiting hours are Friday 5-8 pm. Burial will be in Sacred Heart Cemetery.

To order memorial trees or send flowers to the family in memory of Joseph Valliere, please visit our flower store.