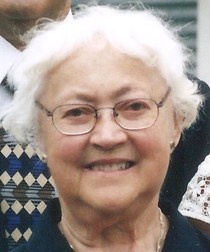 Josephine (Quintal) Baptista, of New Bedford, passed away in Berkeley, California on August 3, 2015. She was 88. Josephine was born in Santa Cruz, Ilya de Madeira, to Manuel Quintal and Justiniana Nunes Quintal. When she was 16, she moved to Bristol, RI, with her mother and her two sisters, Maria and Adelina. Josephine married August Baptista in 1952 and moved to New Bedford, where she gave birth to their only child, Daniel, two years later. They lived peacefully on Nash Road for fifty years, during which time she worked as a spool operator at the local Rayon mill and for New Bedford public schools as a lunch server. A devout Roman Catholic, she was a communicant of the Immaculate Conception Church. She was also a talented gardener and cultivated a variety of prosperous plants in her yard. Throughout her life, Josephine was ardently selfless and cared deeply for her family. Never burdened much by a desire for material things, she valued instead, over all else, the health and wellbeing of her loved ones. Josephine spent the last chapter of her life in California, where she moved in 2002 to live near her son, his wife Kim, and their two daughters, Molly and Camille Baptista. She is survived by them as well as by her younger sister Adelina, Adelina’s husband George Correia, and their children, Josephine’s nieces and nephews, Mary Louise (Correia) Palumbo, Frank Correia, and George Correia, Jr. She is also predeceased by her older sister Maria Nunes. Her funeral Mass will take place at Our Lady of the Immaculate Conception Church on Monday, August 10, 2015, at 9am. Visiting hours will be Sunday 5-8pm. Josephine will be buried at St. John’s Cemetery next to her husband.

To order memorial trees or send flowers to the family in memory of Josephine Baptista, please visit our flower store.