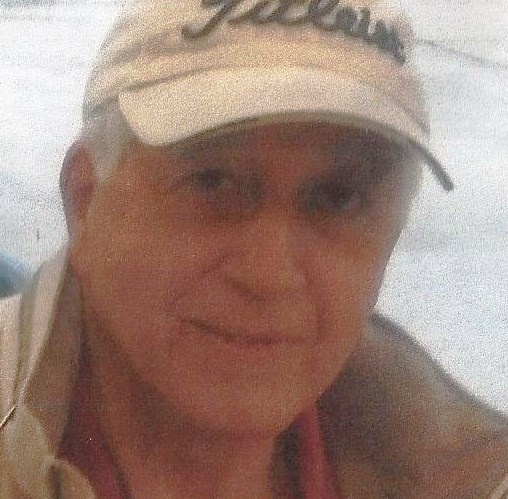 Joseph R. Alves, 88, of New Bedford, passed away at St. Lukes’ Hospital on November 25, 2018 after a period of declining health. He was the loving husband of Shirley (Wilbur) Alves with whom he shared 60 years. He was the son of the late Antonio and Isabel (Vieira) Alves. Born and raised in New Bedford, he graduated from NBHS in 1947 and worked for Acushnet Company in various supervisory positions within the data center for over thirty years. During the Korean War, Mr. Alves served 4 years in the U.S. Navy, as a Yeoman 2nd class petty officer. He and his wife were extremely close. You would seldom find one without the other. Many mid mornings, you would find them at a coffee shop, sharing a newspaper. Mr. Alves loved daily walks for as long as he was able and enjoyed his travels with his wife to Europe and other parts of the U.S. Mr. Alves also enjoyed weekly acoustic jam sessions with other retired musicians up until his passing. He was a fan of all the Boston sports teams and was closely tuned in to the news of the world. In the past 4 years, he provided the Trivia Quiz for the local SeniorScope. He was considered a very proficient mandolin player and performed at various venues. Mr. Alves was a member of the Vagabond Trio for more than ten years and played for 25 years on the weekly Portuguese Radio Hour. He regularly performed with the Club Madeirense SS Sacramento folkloric dance group and was a lifetime Club member. He worked at the Feast for many years and served multiple times as a festeiro. In 1991, he served as VP of the Feast. He was a long-time auditor of the Club, a Scholarship chairman, and served on a number of committees. He shared the ‘Man of the Year’ award at the Club in 1996. In 2009, Mr. Alves served as Parade Marshall of the annual Feast parade. He played varsity baseball at NBHS and played in the Softball Industrial League for many years, retiring at age 47. In his teens, he was very active in baseball and basketball. He was co-captain of the Immaculate Conception CYO championship teams that won two City Championships and were Diocese Champions for the 1949-1951 seasons. In 1947, he set the city record for most points scored, 53, in a CYO basketball game. In addition to his loving wife, he is survived by his children: Brian Alves and his wife Jennifer of Mundelein, IL, Susan Bettencourt and her husband Harry of New Bedford, Matthew Alves of Florence, SC, and Elizabeth Bernaiche and husband Michel of Lakeville, as well as six grandchildren: Sean, Brittany, Jared, Julia, Christian, and Lauren, and several nieces and nephews. He was the brother of Hazel and Ida, and late siblings Abel, Mary, and Augusta. His visitation will be held on Thursday, November 29, 2018 from 5-8 p.m. His funeral will be held on Friday, November 30, 2018 at 11 a.m. at the funeral home with burial, in Pine Grove Cemetery, immediately to follow. In lieu of flowers, donations can be made in Joe’s name to the American Heart Association or the American Diabetes Association.

To order memorial trees or send flowers to the family in memory of Joseph R. Alves, please visit our flower store.