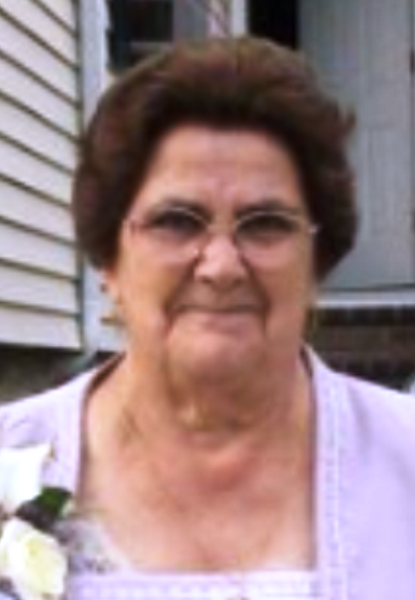 Jovina (Franco) Vertentes 92 of New Bedford passed away Tuesday June 27, 2017 at St. Anne’s Hospital. She was the wife of the late Jose Vertentes and daughter of the late Manuel P. and Maria Adelina (Pacheco) Franco. She was born in St. Michael, Azores and had lived in New Bedford since 1965. She was a communicant of Our Lady of the Immaculate Conception Church. Jovina was employed as a stitcher for Calvin Clothing until her retirement. Survivors include her daughter Maria Simas and her husband Carlos Vertentes of Fall River, her son in law Jose Guerreiro, 5 grandchildren, 6 great grandchildren, many nieces and nephews. She was the mother of the late Jose Vertentes Jr., Maria da Conceicao Guerreiro. She is also sister of the late Ines Medeiros, Maria Pacheco and Manuel Franco. Her funeral mass will be said 9am Friday at Our Lady of the Immaculate Conception Church. Visiting hours are 5-8pm on Thursday. Burial will be in St. John’s Cemetery.

To order memorial trees or send flowers to the family in memory of Jovina Vertentes, please visit our flower store.