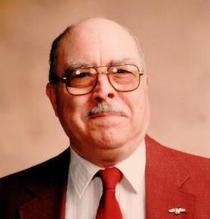 Laudalino Costa 89 of New Bedford passed away Saturday November 22, 2014 at St. Luke’s Hospital. He was the husband of the late Didia (Raposa) Costa and son of the late Ana Maria (Pires) Costa. He was born in Lagoa, St. Michael, Azores and had lived in New Bedford for many years. Mr. Costa was a communicant of Our Lady of the Immaculate Conception Church. He was a shoemaker when he lived in Lagoa and was a machine operator at Lisak Mill, Knapp Shoe and Foot Joy until his retirement. He was a member of the Senhor da Pedra Club, serving as president. Survivors include his daughter Ana M. Oliveira and her husband Victor M. Oliveira of New Bedford; 2 grandchildren, Victor J. Oliveira and Vickie Oliveira; a nephew Agnelo DaCosta. His funeral mass will be held 10am on Wednesday at Our Lady of the Immaculate Conception Church. Visiting hours are Tuesday 6-8pm. Burial will be in Acushnet Cemetery.

To order memorial trees or send flowers to the family in memory of Laudalino Costa, please visit our flower store.