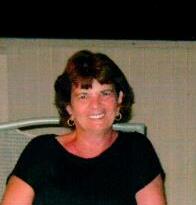 Leonora (Oliveira) Raposo 69 of Acushnet passed away at her sisters home, on Thursday May 11, 2017. She was the daughter of the late Jeremias and Lidia (Silva) Oliveira. She was born in Acushnet and had lived in New Bedford before moving back to Acushnet. She was a communicant of Our Lady of the Immaculate Conception Church. Leonora was employed at St. Luke’s Hospital as a secretary until her retirement. She was a member of the Clube Recordacoes de Portugal. Survivors include her sister Lydia DeMedeiros of New Bedford, her brother Victor Oliveira of Fairhaven, her companion John DaSilva of Acushnet. She is also survived by nieces and nephews. She was the sister of the late Albert Oliveira, Jeremias Oliveira Jr. and Dolores Cunha. Her funeral mass will be said 9am Monday at Our Lady of the Immaculate Conception Church. Visiting hours are Sunday 5-8pm. Burial will be in Pine Grove Cemetery.

To order memorial trees or send flowers to the family in memory of Leonora Raposo, please visit our flower store.