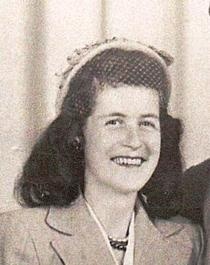 Lila (Gilbert) Lister 93 formerly of New Bedford passed away Monday March 7, 2016 at Southpointe Rehab & Skilled Care Center. She was the wife of the late Richard Lister and daughter of the late George D. Gilbert and Elizabeth (Ashworth) Peaston. She was born in New Bedford but moved to CT. as a child before returning to New Bedford. She was a communicant of Our Lady of Gaudelupe Parish at St. James Church. Lila was an LPN working at Stamford Hall in CT. and also in private duty since 1946. She was a member of the St. James Seniors and a foster grandmother at several schools in New Bedford thru Coastline Elderly Services. Survivors include her daughters Patricia Foley of New Bedford, Phyllis Santos of Fairhaven and Elizabeth "Beth" Lawton of Assonet. 7 grandchildren, 16 great-grandchildren and 5 great-great-grandchildren. At Lila's request her funeral will be private. Her family would like to thank the staff at Southpointe for their care and compassion during the past 3 years. Donations in Lila's name maybe made to the American Cancer Society or the Activities Dept. at Southpointe.

To order memorial trees or send flowers to the family in memory of Lila Lister, please visit our flower store.