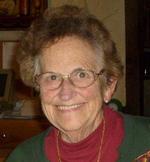 Lucille (Motta) Rioux 76 passed away Friday September 23, 2011 after a brief illness, at Rhode Island Hospital. She was the widow of Paul L. Rioux and daughter of the late Edward P. and Mary A. (Leandro) Motta. She was a lifelong New Bedford resident. She was a 1952 graduate of New Bedford Vocational High School where she majored in Household arts. She was a retired bi-lingual clerk-typist for the New Bedford School department, having worked most of her career at the Sarah D. Ottiwell School. She loved meeting new people and enjoyed 15 years as a volunteer at the New Bedford Whaling Historic National Park. In her younger days she was a Portuguese Fado singer, singing at many Portuguese feasts and on the Francisco Oliveira Portuguese Hour. She was also past president of A.F.S.C.M.E. local 641, the New Bedford employees and a strong advocate for union workers. She was extremely proud of her two children, Michele L. Rioux, a Sixth Amendment Attorney in New Bedford and James P. Rioux, Project Manager for the city of Olympia, Washington. She was also the sister of the late Edward P. Motta Jr. and James P. Motta. Her funeral Mass will be held Tuesday 9am at Our Lady of the Immaculate Conception church. Visiting hours are Monday 4-7. Burial will be in St. John's cemetery

To order memorial trees or send flowers to the family in memory of Lucille Rioux, please visit our flower store.