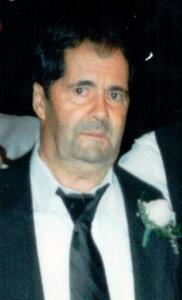 Manuel P. Franco 97 of Acushnet passed away Sunday August 25, 2013 at Alden Court Nursing and Rehab. Center. He was the husband of Maria Eugenia (Quintal) Franco and son of the late Manuel P. and Maria Adelina (Pacheco) Franco. He was born in St. Michael, Azores and had lived in this area since 1966. Mr. Franco was a communicant of Our Lady of the Immaculate Conception Church. He was formerly employed as a presser at Calvin Clothing until his retirement. He was a genius when it came to gardening. Survivors include his wife; his son Antonio Franco of CT.; his daughters Luisa Costa of Acushnet, Eugenia Lindo of Westport, Paula Costa of North Dartmouth, and Madeline Lindo of New Bedford; his sisters Jovina Vertentes of New Bedford, Ines Medeiros of Canada; 9 grandchildren; 5 great-grandchildren; many nieces and nephews. He was the father of the late Manuel Franco and Isabel Ferreira; and grandfather of the late Keith Lindo. His funeral mass will be said Wednesday 9am at Our Lady of the Immaculate Conception church. Visiting hours are Tuesday 5-8pm. Burial will be in St. John’s Cemetery

To order memorial trees or send flowers to the family in memory of Manuel Franco, please visit our flower store.