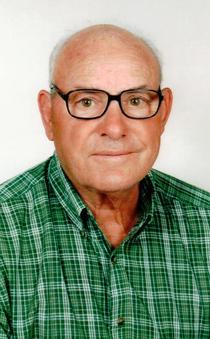 Manuel S Goncalves 78 of New Bedford passed away Friday April 3rd, 2015 at St. Luke’s Hospital. Born in Samaioes, Chaves, Portugal he was the husband of Carminda (Moura deSousa) Goncalves and son of the late Antonio Goncalves and Adozinda (daSIlva) Goncalves. Manuel came to the United States in 1966 and was a communicant of Our Lady of the Immaculate Conception Church. He worked in construction until 1992 when he and his wife returned to their native country of Portugal. They returned to the United States in 2007 where they have resided ever since. Manuel enjoyed spending his time gardening & tending to his crops and farm animals. He loved and cared for his family dearly. Survivors include his wife, his son Joseph C Goncalves and wife Cristina of New Bedford, daughter Ana P Eires and her husband Antonio of New Bedford; his grandchildren Andrew J Goncalves, Kaitlyn C Goncalves, Matthew J Eires and Monica R Eires; Siblings Aurinda Rosa of Portugal, Antonio Goncalves of Portugal, Americo Goncalves of Portugal, Carminda Calvao of New York, Fatima Lopes of New York, Jose Goncalves of Portugal; and many nieces and nephews. Manuel is preceded in death by his siblings Diamantino Goncalves, Silvino Goncalves, Prazeres Goncalves, and Isaura Morgado. His Funeral Mass will be said Thursday April 9, 2015 at 9:00am at Our Lady of the Immaculate Conception Church. Visiting hours are Wednesday from 5-8pm. Burial will be in Pine Grove Cemetery. In lieu of flowers donations can be made to the Alzheimer’s Association at 480 Pleasant St Watertown, MA 02472 or online at www.alz.org.

To order memorial trees or send flowers to the family in memory of Manuel Goncalves, please visit our flower store.