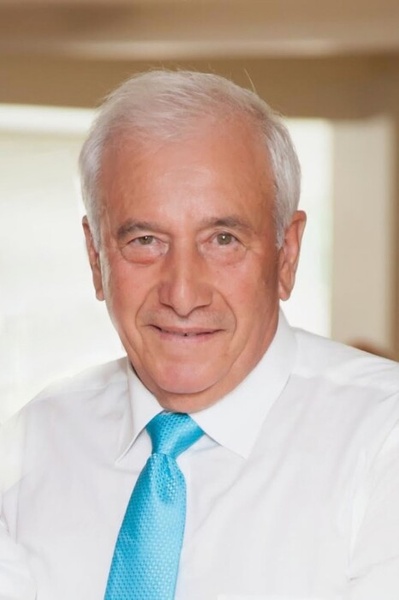 On Wednesday, December 30, 2020, Manuel Simas Melo, of New Bedford, MA passed away at age 82 at St. Luke’s Hospital.  He was the loving husband of Ludovina (Freitas); they were married 56 years.

Born February 8, 1938 to the late Clodomiro Machado and Candida (Nunes) in Sao Caetano, Pico, Azores where he was raised, then later serving in the Portuguese Army he was based in Sao Miguel and Faial, Azores.  He went on to work at the United States Air Base in Terceira, Azores as a mechanic until immigrating to the United States in 1968. He worked 23 years as a machinist for Chamberlain Manufacturing Corporation in New Bedford until moving back to Terceira, Azores from 1994-2013. He and his wife then returned to America to be closer to their growing family.

He is survived by his three children: Francisco “Frank” and wife Tammy of Fall River, Susana and husband Curt DaRosa of Berkley, and Kevin of New Bedford.

He was predeceased by his beloved son, the late Emanuel “Manny” Melo.

One of nine siblings, two brothers and six sisters, he is survived by sister, Estela Simas of Fairhaven along with numerous nieces, nephews and friends whom he greatly cherished.

The simplest pleasures in life brought great joy to Manuel.  A loving and adoring husband, father and grandfather, he was a dedicated family man and time spent together was very important to him. He enjoyed the company of all. He believed in humility being a great virtue. At some level a philosopher and historian, he loved telling and sharing stories and anecdotes that connected him to his past and family heritage, which included a long line of whalemen. He took gratification in always tinkering with projects and had an uncanny ability to fix or build just about anything. He had a very creative and inventive mind. He loved fishing, history and reading to name a few of his interests. He was an avid gardener, which included tending to his grapevines, olive and fig groves and fruit trees.

Although no longer with us he will certainly be fondly remembered.

His funeral will be held on Tuesday, January 12th, 2021 at Boulevard Funeral Home, 223 Ashley Blvd., New Bedford, visiting hours will begin at 10:30 am with a service at 12pm, following with burial at Riverside Cemetery in Fairhaven where he will be laid to eternal rest. Relatives and friends are welcome to attend. Please be advised, due to the Covid-19 pandemic, there are strict guidelines that must be adhered to for the safety of everyone. Masks are mandated to be allowed entry into the services.  Please practice social distancing and avoid any close contact. Guests will be permitted to pay their respects and depart to allow the next guests to enter. Capacity at the funeral home will be limited to 35 visitors at one time so there could be wait times outside the funeral home. Thank you in advance for your cooperation.

To order memorial trees or send flowers to the family in memory of Manuel Melo, please visit our flower store.