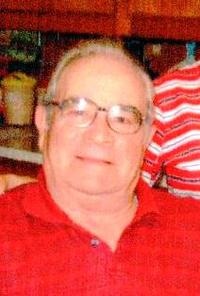 Manuel Rodrigues 74 of New Bedford passed away Friday July 5, 2013 at the Oak’s. He was the husband of Isaura (Lima) Rodrigues and son of the late Manuel Rodrigues Casquilho and Mariana Jesus Casquilho. He was born in St. Michael, Azores and had lived in New Bedford since 1969. Mr. Rodrigues was a communicant of Our Lady of the Immaculate Conception Church. He was employed by SECO Corp. and Advanced Concrete as a carpenter until his retirement. He was a member of the Carpenters Union Local 67. Survivors include his wife; his sons Emanuel Rodrigues, Paul Rodrigues, Rui Rodrigues all of New Bedford, Robert Rodrigues of Fall River; his brother Eugene Casquilho of Canada; 8 grandchildren, several nieces and nephews. His funeral mass will be held Wednesday 9am at Our Lady of the Immaculate Conception Church. Cremation will follow. Visiting hours will be Tuesday 5-8pm.

To order memorial trees or send flowers to the family in memory of Manuel Rodrigues, please visit our flower store.