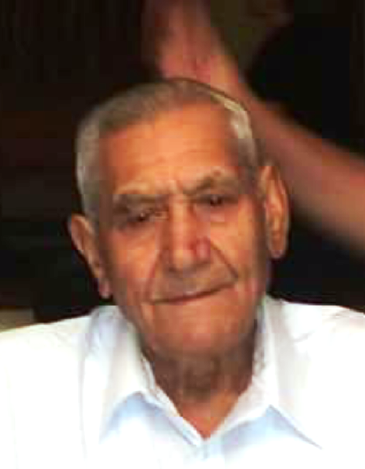 Manuel Sampaio 93 of New Bedford passed away Saturday September 2, 2017 at St. Luke’s Hospital. He was the husband of the late Julia (Simao) Sampaio. He was born in Amarante, Figueiro da Serra, Portugal and had lived in New Bedford since 1964. He was a communicant of Our Lady of the Immaculate Conception Church. Mr. Sampaio was formerly employed by Tilcon. He was a member of the Laborers Union Local 385 in Fairhaven. Survivors include his daughters Maria Aguiar of New Bedford and Laura Carvalho  of Fairhaven. His grandchildren Adriano Carvalho Jr., Elizabeth Teixeira, Nancy Brownlee and Nelson Sampaio, many great grandchildren and 12 great great grandchildren. He was the father of the late Antonio Sampaio, step father of the late Celeste dos Santos, father –in –law of the late Adriano Carvalho and Barry Aguiar. His funeral mass will be said 9am Thursday at Our Lady of the Immaculate Conception Church. His visiting hours will be Wednesday 6-8pm. Burial will be in Pine Grove Cemetery.

To order memorial trees or send flowers to the family in memory of Manuel Sampaio, please visit our flower store.