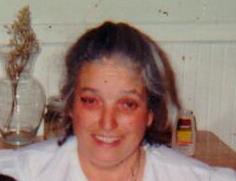 Maria Aldora (DaSilva) Botelho 76 of New Bedford passed away Monday November 11, 2019 at her home. She was the wife of Duarte M. Botelho and daughter of the late Jose Furtado DaSilva and Maria Jose Dutra (Amaral) Moniz; she was also the step daughter of the late Jose Amaral Rocha Dutra Moniz. She was born in St. Michael, Azores and had lived in New Bedford since 1967. Aldora was a communicant of Our Lady of the Immaculate Conception Church. Survivors include her husband, her son George Botelho of New Bedford, her daughters Maria V. Marden of Boston, Paula Z. Briggs of Louisiana, Rosa Botelho Salvador of Westport, Betty Medeiros of New Bedford and Maria Fatima Snow of New Bedford; her sister Fatima Moniz Castelo of New Bedford. She is also survived by 17 grandchildren, 18 great grandchildren, many nieces and nephews. She was the mother of the late Margaret Jacques. Her funeral mass will be said 9am Friday November 15 at Our Lady of the Immaculate Conception Church. Visiting hours will be 6-8pm Thursday November 14 at the Boulevard Funeral Home 223 Ashley Blvd. Burial will be in Rural Cemetery.

To order memorial trees or send flowers to the family in memory of Maria Botelho, please visit our flower store.