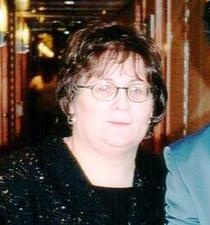 Maria Ines (Furtado) Fonseca 57 of New Bedford passed away unexpectedly Saturday March 1, 2014 at St. Luke’s Hospital. She was the wife of the late Angelo Fonseca who passed away February 11, 2014. She was also the daughter of the late Isaias Furtado Leite and Avelina (Vieira) Leite. She was born in Fenais Da Ajuda, Ribeira Grande, St. Michael, Azores and had lived in New Bedford since 1979. She was a communicant of Our Lady of the Immaculate Conception Church. Mrs. Fonseca was formerly employed by the Island Terrace Nursing Home as a housekeeper and also as a seamstress at Justin Clothing. Survivors include her sons Nuno Michael Fonseca, Scott Fonseca and Daniel Fonseca all of New Bedford; her brothers Isaias Furtado of New Bedford, Mario Furtado of New Bedford, Valdemar Leite of R.I., Dennis Leite of New Bedford; her sisters Irene Maria Fagundes, Filomena Arruda and Sandra Dos Santos all of New Bedford; 3 grandsons, 1 granddaughter; many nieces and nephews. Her funeral mass will be said 9am Thursday at Our Lady of the Immaculate Conception Church. Visiting hours are Wednesday 5-8pm.Burial will be in Pine Grove Cemetery.

To order memorial trees or send flowers to the family in memory of Maria Fonseca, please visit our flower store.