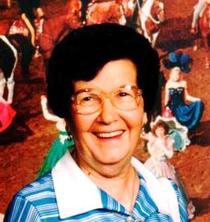 Maria (Agrela) Mello 96 of New Bedford passed away Saturday May 10, 2014 at the Hathaway Manor. She was the wife of the late Fredrick Mello and daughter of the late Manuel and Isabel (Jesus) Agrela. She was born in New Bedford and lived here all of her life. Maria was a communicant of Our Lady of the Immaculate Conception Church. She was formerly employed as a floor worker at States Nightwear until her retirement. Maria's father was one of the four founders of the Feast of the Blessed Sacrament. Survivors include her sons Manuel Parau of Cranston, RI, Domingos Parau of Florida; her daughter Mary Nowak of Texas; 8 grandchildren, several great grandchildren; nieces and nephews. She was the sister of the late Connie Sylvia, Mary Silva, Mary Cunha and Isabel Negreiro, who passed away April 26, 2014. Her funeral mass will be said 9am Wednesday at Our Lady of the Immaculate Conception Church. Visiting hours are Tuesday 6-8pm. Burial will be in Pine Grove Cemetery.

To order memorial trees or send flowers to the family in memory of Maria Mello, please visit our flower store.