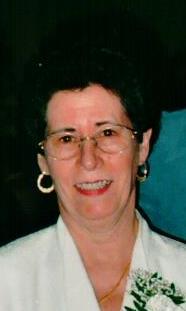 Maria Jose (Cunha) Paiva 68 of New Bedford passed away Wednesday December 10, 2014 at home of ALS. She was the beloved wife of Manuel S. Paiva with whom she shared 49 years of marriage. She was born in Estreito da Calheta, Madeira, daughter of the late Francisco and Maria (Agrela) Cunha, she came to the states in 1970.Mrs. Paiva was a very active parishioner of St. Joseph - St. Therese Church. She was formerly employed by Aerovox until her retirement in 2012. Maria enjoyed spending time with her children and grandchildren. She loved cooking large Sunday dinners. Her chicken soup was everyone’s favorite and “mouse traps” ice cream was always for dessert. Maria was independent, hardworking and was kind to everyone she crossed paths with. She will be deeply and dearly missed. Survivors include her husband; her son Jose Paiva and his wife Normenia of Dartmouth; her daughter Jennifer Couto and her husband David of New Bedford; her brother Francisco Cunha of South Africa; her sisters Ligia Daffinee and her husband Brian of Acushnet, Ana Cunha of New Bedford; 6 grandchildren, several nieces and nephews. She was the mother of the late Lisa Paiva and sister of the late Manuel Cunha. Her funeral mass will be said Monday, December 15 at 9:30am at St. Joseph – St. Therese Church. Visiting hours are Sunday 5-8pm.Burial will be in Pine Grove Cemetery

To order memorial trees or send flowers to the family in memory of Maria Paiva, please visit our flower store.