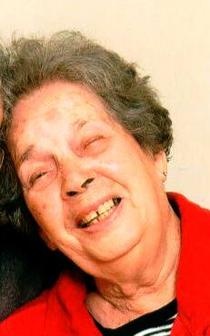 Mary B. (Botelho) Avila 93 formerly of South Dartmouth passed away Thursday February 5, 2015 at Our Lady’s Haven. She was the widow of Manuel Avila and daughter of the late Manuel Costa Botelho and Maria Theresa (Cordeiro) Botelho. She was born in New Bedford and had lived in New Bedford and South Dartmouth all of her life. She was formerly employed by the Gosnold Mill as a winder/tender and then at Star Store as a sales lady until her retirement. She was a communicant of St. Mary’s Church in South Dartmouth. Mary was a former member of the Panther Golden Agers. Survivors include her sons Rodney M. Avila and Lawrence J. Avila both of New Bedford; 7 grandchildren, 9 great grandchildren, many nieces and nephews. She was the sister of the late John C. Botelho, Edward C. Botelho, Manuel C. Botelho and Hilda B. Gless. In accordance with her wishes her funeral services will be private.

To order memorial trees or send flowers to the family in memory of Mary Avila, please visit our flower store.