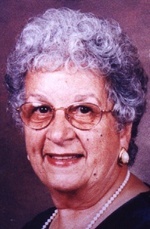 Mary F.(Frade) Sylvia, 84 of New Bedford passed away Monday December 10 th at St. Luke’s Hospital. She was the wife of Alfred Sylvia and daughter of the late Joao and Maria (Gonsalves) Frade. Mary was a lifelong resident of New Bedford and a communicant of St. Mary’s Church in New Bedford. She ran Frade’s Market and later worked as the office manager of Frade’s Disposal until her retirement. She was a member of St. Hedwig’s Senior Group and Clube Fe E Patria. Mary is survived by her husband; her sons Steven Sylvia and his wife Pamela of Stamford, CT; David Sylvia and his wife Andie of Roslindale, MA; her sister Gertrude Duarte of Dartmouth; her grandson Barrett Sylvia; She is also survived by her godson Christian Pita and his wife Morgan; her cousin Manuela Pita; Sister-in-Laws Elsie Rodrigues, Jennie Tabor and her husband Ralph. She was also the sister-in-law to the late Shirley Pacheco. Visiting hours will be held on Wednesday December 12 th from 5-8pm. Mary’s funeral mass will be said 9am on Thursday at St. Mary’s Church in New Bedford. Her burial will be in Pine Grove Cemetery.

To order memorial trees or send flowers to the family in memory of Mary Sylvia, please visit our flower store.