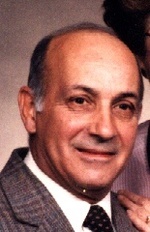 Maurice Labrecque 85 of Acushnet passed away suddenly on Tuesday April 24, 2012 at St. Luke’s hospital. He was the beloved husband of Thelma (Souza) Labrecque and son of the late Honore and Marie (Blouin) Labrecque. He was born in New Bedford and had lived in Acushnet for 48 years. He was formerly employed as a clerk for the A & P grocery store and then at C.P. Borg until his retirement. Mr. Labrecque was a WWII veteran serving in the U.S. Navy. He was stationed in the Marianna Islands where the Enola Gay was being prepared to drop the 1 st atomic bomb. Survivors include his wife; his son Gary L. Labrecque of Acushnet; his daughters Janice Allain and her husband Robert of Laurinburg, NC, Susan C. Silva and her husband John M. of Willow Spring, NC.; his sisters Annette Labrecque and Lorraine Labrecque both of New Bedford; his grandchildren Melanie Oxendine, Bethany Britt, Eric Allain, Stephanie Mielnicki, Michael Silva and James Silva; 6 great-grandchildren, many nieces and nephews. He was the grandfather of the late Jeffrey Morgan Silva and brother of the late Donat Labrecque, Doris Tripanaire and Irene Lamarre. His funeral service will be held 10:30am Monday.Visiting hours are Sunday 5-8pm. Burial will be in Acushnet Cemetery.

To order memorial trees or send flowers to the family in memory of Maurice Labrecque, please visit our flower store.