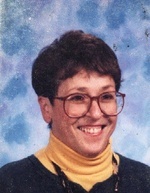 Maurina (DeFreitas) Rezendes 68 of New Bedford passed away Tuesday October 9, 2012, after a long illness, at St. Luke’s hospital. She was the wife of Roland Rezendes and daughter of the late Antonio and Maria (Cravo) DeFreitas. She was born in St. Michael, Azores and had lived in New Bedford most of her life. She was formerly employed by the New Bedford School system as a teacher’s aid until her retirement. Survivors include her husband; her son Matthew Rezendes of Falmouth; her daughter Alycia Mello of New Bedford; her brother Eduardo DeFreitas of New Bedford; her sister M. Connie Vieira of New Bedford; 4 grandchildren and 1 great-granddaughter. At her request she will be cremated and there will be no visitation or services.

To order memorial trees or send flowers to the family in memory of Maurina Rezendes, please visit our flower store.