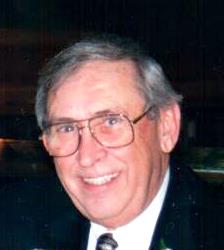 Milton Banks Johnson, Jr., age 83, of Fairhaven, passed peacefully on June 1, 2020 at home surrounded by his loving family. He was the husband and constant companion of Beatrice (Sylvia) Johnson. Born in New Bedford, son of the late Milton B. Johnson, Sr. and Ruth (Chase) Johnson, Milton remained a devoted son to both his parents and mother in law Idalina Sylvia. He served in the US Navy for two tours of duty from 1955 to 1965. Stationed in boot camp in Bainbridge, Maryland, where he was trained as a hospital corpsman and worked in the hospital. Later, Milton attended Aviation Medical School where he became an aviation corpsman, serving for three years aboard the aircraft carrier U.S.S. Essex. Milton spent these years aboard the Essex, travelling to countless ports across the globe and continued his proud service to his country, stationed at Quonset Point, Rhode Island. While in the Navy, Milton studied accounting and soon after began his accounting career, for which he enjoyed for 50 years, retiring from his Fairhaven practice in 2015.A tireless worker, during tax time, Milton was known by many throughout the area for his tax preparation service, where he and his staff assisted thousands of area residents over the years in preparing their taxes from his office on Main Street. For more than ten years, Milton was involved in the American Cancer Society’ s Relay for Life as a member of the Loving Bees team and was a loving and caring spouse throughout his wife Beatrice’s battles with cancer. The two enjoyed their trips to Florida and their travel to many National Golf Tournaments. A member of the Fairhaven Livesey Club, Milton’s interest included his love of golf and his weekly round of golf at Rochester Golf Club with his golfing partners, Eddie, Steve and Ronnie. In his earlier years, Milton enjoyed riding his motorcycle and bowling, but most of all spending time with his family and friends. He is survived by his wife, Beatrice; the proud father of two sons and two step children, Richard Johnson and his wife Louise, Stephen Johnson; Debra Duff and her husband Robert, and John DeSimas and his companion Carol Medeiros; four grandchildren who knew him as Papa, Michael Johnson and his wife Jennifer, Mark Johnson, Shawn Johnson and James DeSimas; two great grandchildren which he adored, Samantha and Christopher; two brothers, Bradford Johnson of West Virginia and Stephen Johnson and his companion Terry Kufel of Lawrence, MA; former wife Hazel Johnson; two step granddaughters Kristina and Michelle and their family, and many beloved nieces and nephews of Milton and Beatrice. Known to many family friends as Uncle Milt, he was loved for his patience, kindness and loving personality. Milton’s Family would like to extend their thanks to those who assisted the family during this time, to all those who have sent their condolences and prayers over the past few weeks, the Mass Commission for the Blind, and to the VA services staff for years of service to Milton. A Celebration of Life will be held at a later date. In lieu of flowers, donations in his honor may be made to the Perkins School for the Blind, 175 North Beacon St., Watertown, MA 02472 or the Fairhaven Lions Club, PO Box 827, Fairhaven, Massachusetts, 02719.
To order memorial trees or send flowers to the family in memory of Milton Johnson Jr., please visit our flower store.

Family to do services at later date