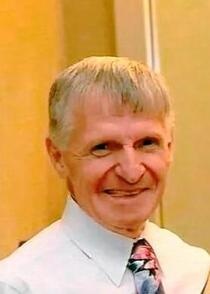 Norman H. L’Heureux 75 of New Bedford passed away on Thursday October 30, 2014. He was the loving husband of Susan (Fernandes) L’Heureux and they were happily married for 49 years. Born and raised in New Bedford he was the son of the late Raoul and Elizabeth (Judd) L’Heureux. Norman was a communicant of St. Mary’s Church in New Bedford where he was a Eucharistic Minister, bringing Holy Communion to many people who were unable to attend Mass, and a member of the Saint Vincent DePaul Society. He was self-employed in real estate for 50 years. In addition to his wife, he was a loving father to his son Norman G. L’Heureux and his wife Jacqueline of Freetown, and his 3 daughters Michelle Rego and her husband Alan of Fairhaven, Claudine K. Lewis and her husband Seth of Rochester and Heather L’Heureux-Costa and her husband Joe of Swansea. He was an attentive and devoted Pepere to his 6 beautiful grandchildren. He was a caring brother to his 3 sisters Lorraine Leonard of New Bedford, Rita Allemao  of Freetown and Simone Ferreira of New Bedford; also his 2 brothers Raymond L’Heureux and Robert L’Heureux both of CA. He was predeceased by 3 brothers Ralph L’Heureux, Skip L’Heureux and Leo L’Heureux of New Bedford. His funeral mass will be said 9:30amTuesday at St. Mary’s Church in New Bedford. Visiting hours are Monday 5-8pm at the Boulevard Funeral Home 223 Ashley Blvd. Burial will be in Sacred Heart Cemetery. Flowers will be accepted but donations to the St. Jude Children’s Hospital 501 St. Jude Place Memphis TN 38105-1942.

To order memorial trees or send flowers to the family in memory of Norman L'Heureux, please visit our flower store.