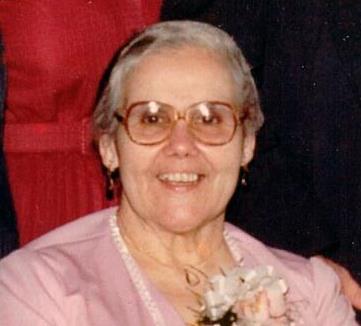 Olidia (Nunes-Cardoso) Inacio 95 of New Bedford passed away Wednesday September 27, 2017 at the Alden Court Nursing and Rehab Center. She was the wife of the late Manuel Rodrigues Inacio and daughter of the late Francisco Nunes Cardoso and Maria da Acencao Mendes. She was born in New Bedford where she lived most of her life. Olidia was a communicant of Our Lady of the Immaculate Conception Church. She was formerly employed as a supervisor at Oliver Sportswear and Vanessa Manufacturing until her retirement. Olidia enjoyed sewing, crocheting, knitting, cooking and baking. She was on the board of directors for the Official Portuguese School, also known as Clube Fe Patria. She was very active in the Portuguese community. Olidia was a member of a group of ladies who cooked for weddings; fundraisers and the feast on Stackhouse Street. Survivors include her children, Carlos Manuel Inacio ( Patricia) of Darien, GA; John Wayne Inacio (Connie) of Natick, MA; Zaida “Zee” Maria Inacio Bryant and her late husband Peter of New Bedford. Her grandchildren, Carlos Inacio Jr. (Jennifer), Patrick Inacio (Angela), Christopher Inacio (Denise), Becky Bryant White (Donald), Barry Bryant (Amy), Brad Bryant (Sara), and Nicholas Inacio. She is also survived by 8 great-grandchildren, nieces and nephews here and in Portugal. Her funeral mass will be said 9am Tuesday at Our Lady of the Immaculate Conception Church. Visitation will be Monday 4-8pm. Burial will be in Pine Grove Cemetery.

To order memorial trees or send flowers to the family in memory of Olidia Inacio, please visit our flower store.