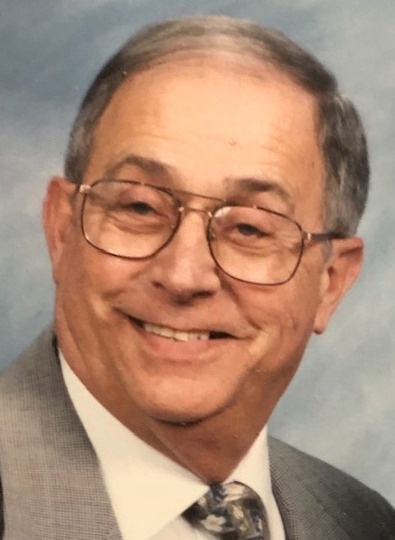 Raoul “Ralph” LeBlanc 90 of New Bedford passed away Monday July 22, 2019 at his home. He was the husband of the late Yvette (Turgeon) LeBlanc and son of the late Raymond and Cora (Renaud) LeBlanc. He was a lifelong New Bedford resident. He was a communicant of St. Anthony of Padua Church. Ralph was a driver/salesman for Coyne Textile Services until his retirement. He was a U.S. Army veteran, earning the rank of Sergeant. Ralph was awarded the Marian Medal, representing St. Therese Church. He sang at St. Therese and St. Anthony’s Churches for many years. He was a member of the St. Anthony Seniors and enjoyed going bowling from 1956 until 2010. He is survived by his son Danny LeBlanc and his wife Paula of Gardner, MA; his daughters Maggie Tomkiewicz and her husband Steven of New Bedford, Deanne Burgess and her husband Gordon of Tiverton, RI, Lt. Col. (Ret) Dorine LeBlanc of the Villages, FL, Michelle Simmons and her husband Jim of New Bedford, Patty Byrnes of New Bedford and Amy LoPresti and her husband Joe of Woodbury, CT. He is also survived by his brother Roger LeBlanc of New Bedford, 16 grandchildren and many great grandchildren. He was the brother of the late Roland LeBlanc. His funeral mass will be said 9am Saturday, July 27, at the Holy Name of the Sacred Heart of Jesus Church 121 Mt. Pleasant St. New Bedford. Ralph’s family would like everyone to meet at the church. Visiting hours will be Friday, July 26, 5-8pm at the Boulevard Funeral Home 223 Ashley Blvd.In lieu of flowers donations may be made to Special Olympics MA 512 Forest St. Marlborough, MA 01752. Please put Greater New Bedford, in the memo line of your check. Burial will be in Pine Grove Cemetery.

To order memorial trees or send flowers to the family in memory of Raoul "Ralph" LeBlanc, please visit our flower store.