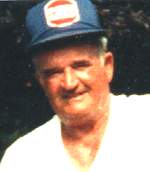 Raymond E. Francoeur 84 of Acushnet passed away Sunday January 23, 2011 at St. Luke’s hospital after a long illness. He was the husband of the late Beverly A. (Radu) Francoeur and son of the late Joseph L. and Juliette (Saucier) Francoeur. He was born in New Bedford and was a lifelong South Coast resident. Mr. Francoeur was a union roofer for Universal Roofing and Sheet Metal until his retirement. He was a member of Local #33. He was a Sergeant in the U.S. Army during the Korean War. Mr. Francoeur enjoyed fishing. Survivors include his son Michael R. Francoeur and his wife Lauralee of New Bedford; his brothers Harry Francoeur of Mattapoisett, Henry Francoeur of Wareham, George Francoeur of Superior, Wisconsin, Jean L. Francoeur of South Dartmouth; his sisters Letecia Sylvia and Irene Fredette both of North Dartmouth; 2 granddaughters Krystal St. Louis-Correia, Jennifer Francoeur; many nieces and nephews. He was the brother of the late Joseph W. Francoeur. His visitation will be Tuesday 4-8pm.  At his request he will be cremated.

To order memorial trees or send flowers to the family in memory of Raymond Francoeur, please visit our flower store.