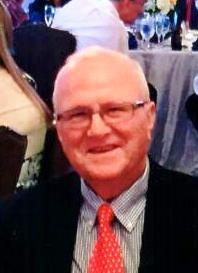 Raymond Richard 76 of Acushnet passed away peacefully at home with his family by his side, after a courageous battle with cancer. He was the husband of Dorothy (Wolowiec); they were married for 52 years. He was also the son of the late Frank and Claudia (Boudreau) Richard. Ray was born in New Bedford and lived in this area all of his life. Ray was a communicant of Our Lady of Fatima Church. He was a graduate of New Bedford Regional Vocational High School. He was formerly employed by Hostess Cakes as a driver/salesman for 37 years. Ray then drove limousines for Scotty’s and LeBoeuf’s Livery. Ray served in the U.S. Army earning the rank of Sergeant. He loved being with his family and was his grandchildren’s biggest supporter. Raymond loved to golf and was a member of the Whaling City Golf Club. He enjoyed going to Foxwoods and was an avid Red Sox and Patriots fan. He was very proud of having the best lawn in the neighborhood. Survivors include his wife, his daughters Jennifer Richard of South Boston, Stephanie Duprey and her husband Marc of Acushnet. His sister Alida Muir of Florida, his grandchildren Bryce and Riley. He is also survived by numerous nieces and nephews. He was the brother of the late Romeo Richard, Hector J. Richard, Joseph Gerard Richard and Rita Mulcahy. His funeral mass will be said 10am Wednesday at Our Lady of Fatima Church. Everyone is invited to meet at the church. Cremation will follow. Visiting hours are Tuesday 5-8pm. In lieu of flowers donations may be made to Community Nurse Home Care 62 Center St. Fairhaven, MA 02719.

To order memorial trees or send flowers to the family in memory of Raymond Richard, please visit our flower store.