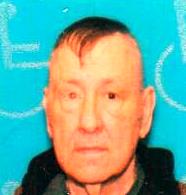 Richard Olejarz 72 of New Bedford passed away at his home on Saturday November 23. He was the son of the late Walter and Stella (Motyl) Olejarz. He was born in Acushnet. Richard was employed by the Martha’s Vineyard Hospital in the maintenance department until his retirement. He was a United States Army veteran serving during the Vietnam War. Survivors include his sons Douglas Olejarz and his wife Cheryl of New Bedford, Adam Olejarz of New Bedford, Chris Olejarz and his wife Isabel of Middleboro; his brothers Alan Olejarz and Leonard Olejarz both of New Bedford. He is also survived by his grandchildren Katie Bentley and her companion Davonte Ferguson, Kori Olejarz, Caitlin Olejarz and Todd Olejarz; his great grandchildren Xirus Ferguson, Sophia Rodriguez , Ivan Rodriguez, Kai Olejarz and Kaiser Morales. Also many nieces and nephews. He was the grandfather of the late Kristyn Olejarz and brother of the late Leonard Olejarz, Walter Olejarz Jr., Ronald Olejarz, Robert Olejarz and Wayne Olejarz. His visiting hours are 5-7pm Tuesday November 26 at the Boulevard Funeral Home 223 Ashley Blvd. Cremation will follow.

To order memorial trees or send flowers to the family in memory of Richard Olejarz, please visit our flower store.