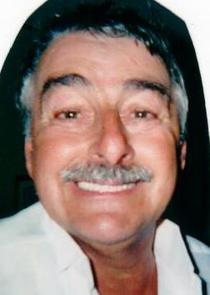 Robert A. Jones 68 of New Bedford passed away Friday May 6, 2016 at St. Luke’s Hospital. He was the husband of Sheila (O’Brien) Jones and son of the late William and Mildred (Rosa) Jones. He was born in New Bedford and lived in this area most of his life. He was formerly employed as a captain on oil barges. Survivors include a son Robert G. Jones and his wife Elizabeth Medeiros- Jones of Fairhaven; a daughter Nazareth Medeiros- Rodrigues of Fairhaven; 2 granddaughters Shawna-Marie Jones Machado and her husband Kyle and Savannah-Leigh Jones; a great granddaughter Graci-Rose Machado. He is also survived by several sisters, nieces and nephews. He was the father of the late Craig W. Jones. His funeral service will be held 9am Wednesday at the Boulevard Funeral Home. Visiting hours are 5-8pm Tuesday. Burial will be in Sacred Heart Cemetery.

To order memorial trees or send flowers to the family in memory of Robert A. Jones, please visit our flower store.