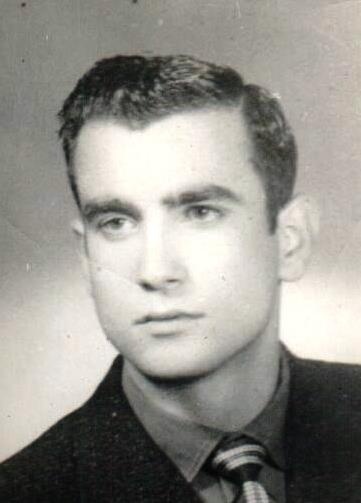 Rogerio Oliveira 76 of New Bedford passed away Wednesday May 9, 2018 at St. Luke’s Hospital. He was the husband of Maria O. (Jorge) Oliveira and son of the late Felismina deJesus Oliveira. He was born in Vizela, Portugal and had lived in this area for many years. He was a communicant of Our Lady of the Immaculate Conception Church. Rogerio was formerly employed by UMass Dartmouth in the janitorial dept. until his retirement. He was a regular at Café Mimo and was a fancier at the Whaling City Pigeon Club. Survivors include his wife, his sons Roger Oliveira and his wife Christine of Dartmouth, Paulo Oliveira and his wife Genevieve of Buffalo, NY. His sisters Deolinda (Oliveira) Braga and Elvira Oliveira both of Portugal. His grandchildren Emily Oliveira of Buffalo, Taylor and Matthew Oliveira both of Dartmouth. He was the brother of the late Joaquim Oliveira. His funeral mass will be said 9am Tuesday at Our Lady of the Immaculate Conception Church. Visiting hours are Monday 6-8pm. Burial will be private.

To order memorial trees or send flowers to the family in memory of Rogerio Oliveira, please visit our flower store.