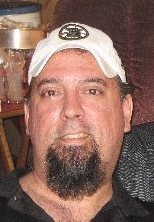 Scott Santos 43 of New Bedford passed away Tuesday December 8, 2015 at St. Luke’s hospital surrounded by his loving family and close friends. He was the son of Leonardo “Lenny” Santos of New Bedford and the late Susan (L’Heureux) Santos. He was born in New Bedford and was a lifelong resident. Scott was a communicant of St. Joseph – St. Therese Church. He was formerly employed by Pencils as a delivery person. Scott was a graduate of GNBRVTHS class of 1990. Scott was a devoted son, caring brother, great guy and a friend to all. He loved the Patriots, Red Sox, WWE wrestling, fishing, music and doing for others. His presence and sense of humor will be missed by many. Survivors include his father, his brother Christopher Santos and his wife Jaime of New Bedford, his niece and nephew Alyssa and Christopher Santos; his maternal grandmother Irene L’Heureux of New Bedford, his aunts and uncles Barbara and Ed Santos of New Bedford, Elizabeth and Peter Mitchell of New Bedford, Raymond and Marie L’Heureux of New Bedford, Norman and Debbie L’Heureux of Dartmouth; his Godparents Bruce and Doreen Barton of Dartmouth and several cousins. His funeral mass will be held Thursday 10am at St. Joseph – St. Therese Church.His family is requesting everyone meet at the church. Visiting hours with his cremated remains present will be Wednesday 4-7pm at the Boulevard Funeral Home 223 Ashley Blvd. Burial will be in Pine Grove Cemetery. In lieu of flowers donations in his memory can be made to the St. Jude’s Children’s Research Hospital PO Box 1000 dept. 142 Memphis TN 38101-9908.

To order memorial trees or send flowers to the family in memory of Scott Santos, please visit our flower store.