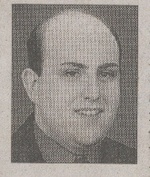 New Bedford Sean Joseph Burke 31 of New Bedford passed away unexpectedly at Rhode Island Hospital on Wednesday February 6, 2013. Born in Rhode Island the son of Carol Ann Burke of New Bedford and the late Maurice Burke Jr., he moved to New Bedford at an early age. He was the beloved grandson of the late Alice Fernandes, Helen and Maurice Burke Sr. In addition to his mother survivors include his Godmother Dorothy Fernandes, aunts Betty Amaral, Eileen Coates, Marie Roderick, Catherine Ericksen and Godfather, the late David Burke also several cousins. He graduated from the culinary arts dept. of  G.N.B. Regional Vocational Technical High School and became sole owner of the Essence Grill and Raw Bar in downtown New Bedford in 2001, at the early age of 20 years old. Sean was recognized and applauded by top city officials for his strong commitment and dedication as a volunteer at many city festivities, political campaigns and organizations. He was last self employed as a controller for Dunkin Donuts in Dartmouth, a profession he truly enjoyed. He enjoyed movies, casinos, cooking, dining, was computer proficient and had a special interest in politics and law. He especially enjoyed the friendship and travels with his dearest friends in Rhode Island. He will be greatly missed and remembered forever in the hearts of his family and friends. He was cremated according to his wishes. A memorial mass will be held at a later date. In lieu of flowers donations in his memory can be made to St. Jude’s Children’s Research Hospital 501 St. Jude Place Memphis, TN 38105-1942.

To order memorial trees or send flowers to the family in memory of Sean Burke, please visit our flower store.