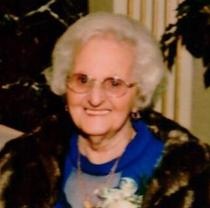 Senhorinha A. (Escobar) Jorge 95 of New Bedford passed away suddenly at Morton Hospital on Monday April 7, 2014. She was the wife of the late Joao Pereira Jorge and daughter of the late Francisco Escobar and Rosa Amelia Pinheiro. She was born in Fayal, Azores and had lived in New Bedford for 47 years. She was a communicant of Our Lady of the Immaculate Conception Church and belonged to the Holy Rosary Sodality. Survivors include her son Mario P. Jorge of New Bedford; her daughters Maria Otilia Oliveira of New Bedford, Maria Alvarinha Moitoso of Taunton, Maria Deolinda Garcia of Fairhaven, Maria Teresinha Alberto of Calif. 9 Grandchildren, 15 Great grandchildren and 2 great-great grandchildren, her godchild Terry Novoa of Colorado, several nieces and nephews. She was the mother of the late Manuel P. Jorge. Her funeral mass will be said Saturday 9am at Our Lady of the Immaculate Conception Church. Visiting hours are Friday 5-8pm.Burial will be in St. John's Cemetery.

To order memorial trees or send flowers to the family in memory of Senhorinha Jorge, please visit our flower store.