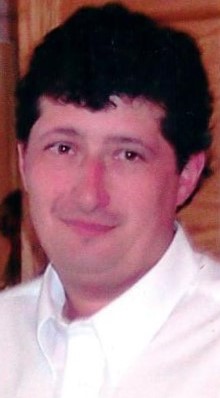 Steven Fonseca, 54, of New Bedford, passed away on Friday, January 14, 2022 from injuries sustained in an automobile accident. He was born in New Bedford to the late Jaime Fonseca and Barbara (Marmelo) Carreiro. He attended Old Colony Regional High School and was later employed by Schumacher as a landscaper. Due to his battle with leukemia, he was unable to continue working as a landscaper. He was an avid sports enthusiast, watching weekly Patriot’s football games and all Portuguese soccer teams. He enjoyed spending his free time playing card games, amongst his favorite being solitaire. While Steven was taken far too soon, he demonstrated love for all extended family members in his unique way. He especially adored his sons, wishing the best for them always. Steven is survived by his mother and step-father Louis Carreiro, sons; Andrew and Adam Fonseca both of New Bedford, sister, Nancy Gomes and husband John of Dartmouth, nieces; Erica and Chelsea Gomes both of Dartmouth, step-brothers; Louis Carreiro of Florida, and Chris Carreiro of Fall River. Coming from a large family, Steven was beloved by many aunts, uncles, and cousins. He is predeceased by his step-brother Jerry Carreiro. Steven’s Funeral Mass will be held Friday, January 21st, at St. Gabriel the Archangel Church at 10am, burial will follow in Pine Grove Cemetery. A visitation will be held on Thursday, January 20th, from 4pm-7pm at Boulevard Funeral Home, 223 Ashley Boulevard, New Bedford. All attendees are asked to wear a face covering.

In addition to or in lieu of flowers, donations can be made to the Leukemia Foundation at LLS.org or to Cameron’s Kids at 71 Bullivant Farm Rd Marion, MA 02738

To order memorial trees or send flowers to the family in memory of Steven Fonseca, please visit our flower store.