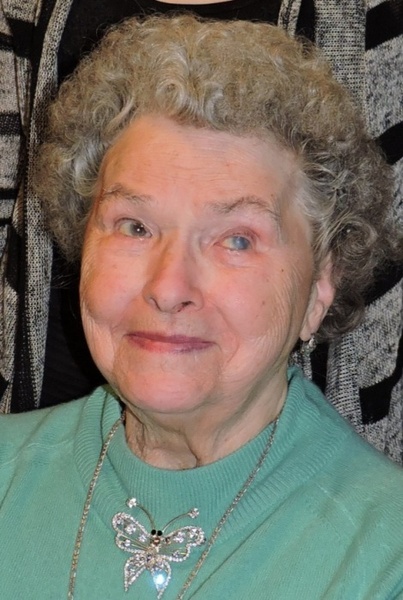 She was the widow of Henry A Bernard and daughter of the late George and Sarah (Randel) Dye.

Thelma was born in Sutton-in-Ashfield, Nottingham, England. She came to the United States as a War Bride in 1946 and remained here until her death. She was a member of the Trans-Atlantic Brides and Parents Association. She was an avid Patriots fan but mostly, an avid Tom Brady fan.
Survivors include her daughters; Carol Ann Bolton of New Bedford, Michelle A. Rioux and her husband Roger of New Bedford. Six grandchildren; George Jacques and wife Kandi of Westfield, Ma Timothy Jacques and wife Tina of Feeding Hills, Ma., Sarah Chase and husband Barry of New Bedford, Ma , Jonathan Rioux and wife Kimberly, of Acushnet MA, Bethany Backus and her husband Michael of Swansea, MA.  and Rebecca Rioux and her husband Chris Rauscher of Port Orange, FL; Eleven great-grand children: Joshua, Nicholas, Cameron, Emma, Olivia, Samantha, Jack, Benjamin, Samuel, William and Patrick.

Her funeral service will be held at a later date. Arrangements are by the Boulevard Funeral Home.

To order memorial trees or send flowers to the family in memory of Thelma Bernard, please visit our flower store.