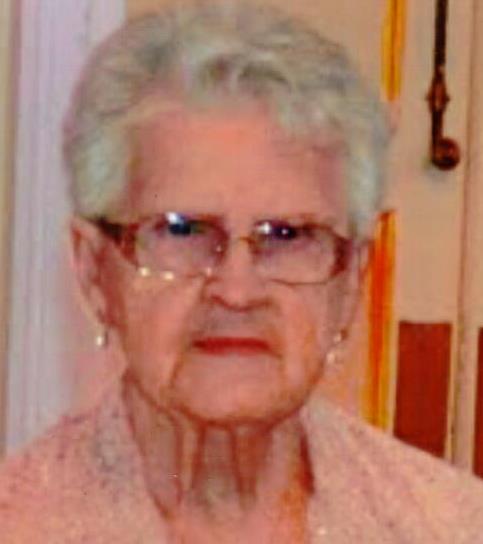 Theresa M. (Gagnon) Fidalgo 90 of Naples, Fl. and New Bedford passed away Saturday November 3, 2018 at St. Luke’s Hospital. She was the wife of the late Abel D. Fidalgo and daughter of the late Adrian and Marianne (Bourgoin) Gagnon. She was born in Frenchville, Maine and had lived in New Bedford and Naples for many years. She was a communicant of Our Lady of the Immaculate Conception Church in New Bedford. Theresa was formerly employed as a seamstress for Coyne Industrial Laundry until her retirement. She was a member of the St. Vincent DePaul Societies and was a Eucharistic Minister both in New Bedford and Naples. She was also a member of the Holy Rosary Sodality of Immaculate Conception Church, the St. Jean Baptiste Society of St. Anthony of Padua Church in New Bedford and was a volunteer Eucharistic Minister at St. Luke’s Hospital in New Bedford. She enjoyed traveling and being with her family, especially her grandchildren. Survivors include her son Alfred D. Fidalgo  and his wife Theresa of Fairhaven, her daughters Anne Marie Phillips and her husband Peter of New Bedford and Dorothy M. Holmes of Fairhaven, her brother Robert Gagnon and his wife Debbie of North Dartmouth and her sister Sr. Rena Gagnon CSC of Manchester, NH. She is also survived by 6 grandchildren, Robert Fidalgo, Ashley Fidalgo, Marianne Hunt, Jonathyn Perry, Jarrick Fidalgo and Kathi Marie Fidalgo also 2 great grandchildren Alexander and Eric.She was the mother of the late Catherine M. Fidalgo. Her funeral mass will be held 9am Thursday at Our Lady of the Immaculate Conception Church. Visiting hours are Wednesday 5-8pm.Burial will be in Pine Grove Cemetery.

To order memorial trees or send flowers to the family in memory of Theresa M. Fidalgo, please visit our flower store.