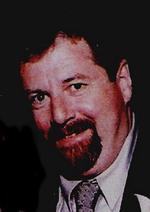 Timothy E. O’Donnell 57 of New Bedford passed away at home on Thursday March 29, 2012 after a courageous battle with cancer. He was the husband of Lilia (Silveira) O’Donnell and son of the late William and Mary (Stevens) O’Donnell. He was born in Pleaston, CA and lived in New Bedford for many years. Mr. O’Donnell was vice-president of the Gavin Foundation in South Boston. His family would like to thank John McGahan and the entire Gavin family, past and present, for your continued support during this trying time. Survivors include his wife; his children Daniel Bettencourt and his wife Sarah of St. Albans, VT, Charles Bettencourt, Leslie Bochman and her husband Luke, Cherry Bettencourt and her fiancé Stephen Williams and Amanda Bettencourt all of New Bedford. His brother William O’Donnell of Methuen; his grandchildren Noah Bettencourt, Emma Bochman and Owen Bochman. He was the brother of the late Sharon Ann O’Donnell. His funeral service will be held 11am Monday.Visiting hours are Sunday 5-8pm. Burial will be in Pine Grove Cemetery.

To order memorial trees or send flowers to the family in memory of Timothy O'Donnell, please visit our flower store.