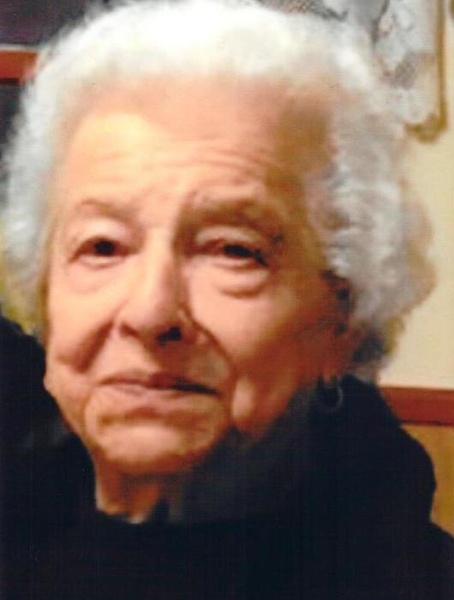 Vivina (DaCosta) Correia 97 of New Bedford passed away Sunday November 19, 2017 at St. Luke’s Hospital. She was the widow of Adriano Correia and daughter of the late Jose DaCosta and Maria Dos Prazeres. She was born in Holyoke, and moved to Portugal when she was an infant, settling in New Bedford in 1959. She was a communicant of Our Lady of the Immaculate Conception Church. Vivina was formerly employed as a stitcher for Grinnell Pajamas until her retirement. Survivors include her sons Edward Correia and his fiancé Fatima Dias, Jorge Correia and his wife Stephanie; her brother Evaristo Correia and her sister Gracinda DaCosta all of New Bedford. Her grandchildren Amy M. Varnum, Adrian M. Correia and Nathan M. Correia. She is also survived by 5 great-grandchildren, several nieces and nephews. Her funeral mass will be said 9am Saturday at Our Lady of the Immaculate Conception Church. Visiting hours are Friday 5-8pm. Burial will be in Pine Grove Cemetery. In lieu of flowers donations may be made to St. Jude’s Children’s Hospital 501 St. Jude Place Memphis, TN 38105.

To order memorial trees or send flowers to the family in memory of Vivina Correia, please visit our flower store.