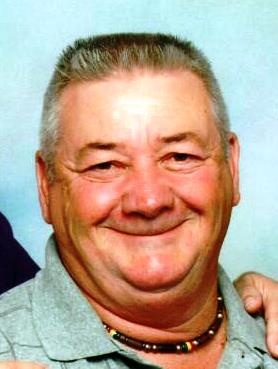 Wayne E. Pittsley 68 passed away suddenly on Tuesday, December 12 at St. Luke’s Hospital. He was the husband of Bernadette (Jorge) Pittsley and son of the late James Nolan Pittsley and Doris (Meack) Pittsley. He was born in East Freetown and lived in the Southcoast area all of his life.  Wayne was formerly employed by the city of New Bedford as a heavy equipment operator until his retirement. He was working for the Dartmouth Council on Aging. Wayne was a veteran of the U.S. Army. Survivors include his wife, his children Dwayne Pittsley of New Bedford and Mary Manley of New Bedford. His brother James Pittsley Jr. of East Taunton, his sisters Doris Baker of East Freetown, Laural Benson of New Bedford and Lois Perry of New Bedford. His grandchildren Haley, James and Jared, his great granddaughters Sakari and Leilah. He is also survived by many nieces and nephews. Visiting hours will be Sunday 4-7pm at the Boulevard Funeral Home 223 Ashley Blvd. In lieu of flowers donations may be made to the Dartmouth Council on Aging 628 Dartmouth St. Dartmouth, MA 02748. His interment will be Monday 10am at the Massachusetts Veterans Cemetery in Bourne. Everyone is asked to meet at the cemetery.

To order memorial trees or send flowers to the family in memory of Wayne Pittsley, please visit our flower store.